Lin did not move. The rotten scent was everywhere due to the many fish corpses nearby. This was suitable for Leviathan and the transporter to hide.

During their hiding period, Lin quickly repaired the damaged cells in its legs. It also changed some structures, primarily so that they would repair themselves when moving, would not grow tired and become faster.

On land, many things were different … In the ocean, Lin was fearless even against the biggest of dunkleosteus because it understood the other. Leviathan’s units were powerful enough that it had no danger in the ocean. But land was completely different.

Leviathan’s units could not move on land. Lin had not had the time to create new types before encountering strange organisms.

The enormous worm. The monsters in the dark. What would come next?

However, being so “disheveled” on land may not be just a simple problem of not adjusting.

What was being “disheveled?” It seemed to describe a kind of miserable thing.

Lin also found a problem. After it learned to create the green carpet, it had become gentle. This “gentle” was also a new term.

Facing other organisms, Lin would not want to kill or eat the others like before. It would only want to study them or become uninterested.

This habit was no problem in the water but it was not good on land. When Lin first faced a threat, its first thought was to leave rather than counterattack.

While it had been better to flee facing the worm, Lin had been too timid in running away against the arthropods.

Lin seemed to have found many interesting terms but it found something else even more valuable. When it came onto land, it should not have found a place to spread the green carpet. It should have turned the nutrients of the transporters into a powerful army. That way, it would have obtained nutrients faster by killing everything nearby. When Lin understood the organisms completely and was not at risk of dying, it would not be too late to spread the green carpet.

This was it! After becoming the strongest, then it would slowly study evolution.

Lin felt very satisfied with its decision. However, there was only one transporter left. It would be left to make the green carpet. The major modifications would occur to Leviathan’s units.

Lin had decided to attack and raid other organisms, but it had to wait for daylight to act. Being unable to see in the darkness was troublesome. Lin didn’t know if terrifying organisms like the worm would appear.

It could only wait for daytime.

While the smell of corpses filled the air, Lin encountered no other danger and safely reached daytime.

Lin had created a kind of powerful segmented limb powered by the pressure of liquid so it could move quickly when the limb was filled with water. Because Lin was used to living in water, Lin became unusually obsessed with water on land. It was not willing to give up any drop of moisture so it found a better method to manage the weight of water through managing energy.

The light of day shone over the spiked pillars. When Lin regained sight, Lin saw the cause for the rotten smell. There were many helmet fish and lobe-finned fish corpses. Most of them had been eaten, with some of them only minorly consumed and others completely a skeleton.

“Skeleton” was also a new term. It was used to describe the inner armor of some organisms. Inner armor was common among the fish organisms but Lin did not like it. It liked outer armor like the scorpions. This way, it could maintain the operation of the liquid pressure system and have more power than other organisms.

Lin pulled the corpses that had more flesh closer together and had Leviathan release the gatherers to eat them.

The gatherers on land were similar to in the water. They were shaped like tentacles and had many hooked teeth in their mouths. They could scrape flesh off bones and plants off rock to consume.

Lin was not an organism that had a feeling of “disgust”. The gatherers had strong acid inside them, and inner walls made from hardened cells that could crush any bacteria before absorbing it. The gatherers themselves had great abilities to remove toxins so it could ignore the toxins that those bacteria produced.

The skeleton of these organisms were not useful. Lin had enough chitin substance now. After eating all the flesh, Leviathan took all the gatherers back and started to look at the surroundings.

During the night, this place had been very noisy. Now, it was extremely silent as though there were no organisms.

Those arthropods during night had seemed to fear light. The light of the lantern had no ability to damage so there was clearly a reason why the organisms were frightened and did not dare to come close.

Maybe … the organisms at this northern land had climbed onto land when ultraviolet light had been especially strong. Then they lived a life where they were active during night and hid during the day. They continued their habit all this time so they feared the light now?

This was just a guess. Lin could not find them now, and so could not hunt them.

Leviathan walked next to a spiked pillar. It used the denticles on its sucker pads to scrape pieces of green plants off the surface. Grey rock appeared behind the green.

This seemed to be called ‘moss’? Lin released a gatherer and threw the moss pieces into its mouth. The gatherer wriggled and crushed the moss in its body.

Then it would create the green carpet here.

If he wanted to hunt, the plants would of course be within its range.

This felt like a good method. There seemed to be an interesting term for this “Guest overwhelming the Host”? Or was this a “turtledove in a magpie nest?”

While Lin did not understand, these terms seemed to be tremendous.

Lin had the transporter stay here and slowly grow while the Leviathan continued to roam through the spiked pillars in search of targets to attack.

There were large numbers of water beads in the air but they did not form a thick mist that could obscure sight. These beads of water should have come from the ocean, and maybe this was the source of water for the organisms here.

During night, the water in the air would be blown away by the wind. In other words … the organisms here should be gathering water during the day.

When temperatures were low, they may form larger beads of water, or small ponds. So Lin only had to head towards cooler places …

Leviathan waved its tentacles and sensed the temperature in the air. It slowly walked towards lower places …

After walking for a while in the woods, a mud pit appeared in front of Lin. The pit was filled with water, and an organism was drinking from it.

It finally saw something it could fight.

This organism was more than two meters long, cylindrical shaped and thirty centimeters wide. It had red armor and more than a hundred pairs of segmented legs. While it had many legs, those legs were short. Lin judged that it could not run fast. Also, Leviathan’s legs had been modified to be greatly different.

“This organism had a name called “Millipede.” Such a strange name. The millipede had several small eyes on its head and seemed to have a good ability to see. It raised its forward half when it saw the Leviathan, and waved its rows of little legs.

The millipede gave a strange sound. It obviously felt pain. Leviathan did not wait for it to act, and squeezed the liquid pressure system in its legs to charge over. It used two tentacles to grab the millipede’s body and squeezed its armor.

Lin felt that the shell of the millipede was much more fragile than the ocean organisms. The millipede’s armor showed a large number of cracks as it was being squeezed by the tentacles.

Suddenly, Lin felt a strange scent filling the air. This seemed to have been sprayed out of the millipede’s body. Some of the olfactory cells on the tentacles had been killed. This was clearly toxic air. Lin immediately closed the Leviathan’s air holes. Leviathan still had its air sac. Even if it did not take in air from outside, the Leviathan could survive for a long time.

With the toxic air ineffective, the Leviathan crushed the millipede into half. Green liquid made from large numbers of cells slowly flowed out of the gap.

Lin released the gatherers. They could eat this millipede after separating out the toxin.

As Lin idly fed, it suddenly found another organism appearing in the woods. The other was also coming over, seemingly in search of water.

This was good. Lin had just finished testing Leviathan’s power. Now it would test the new cell types! 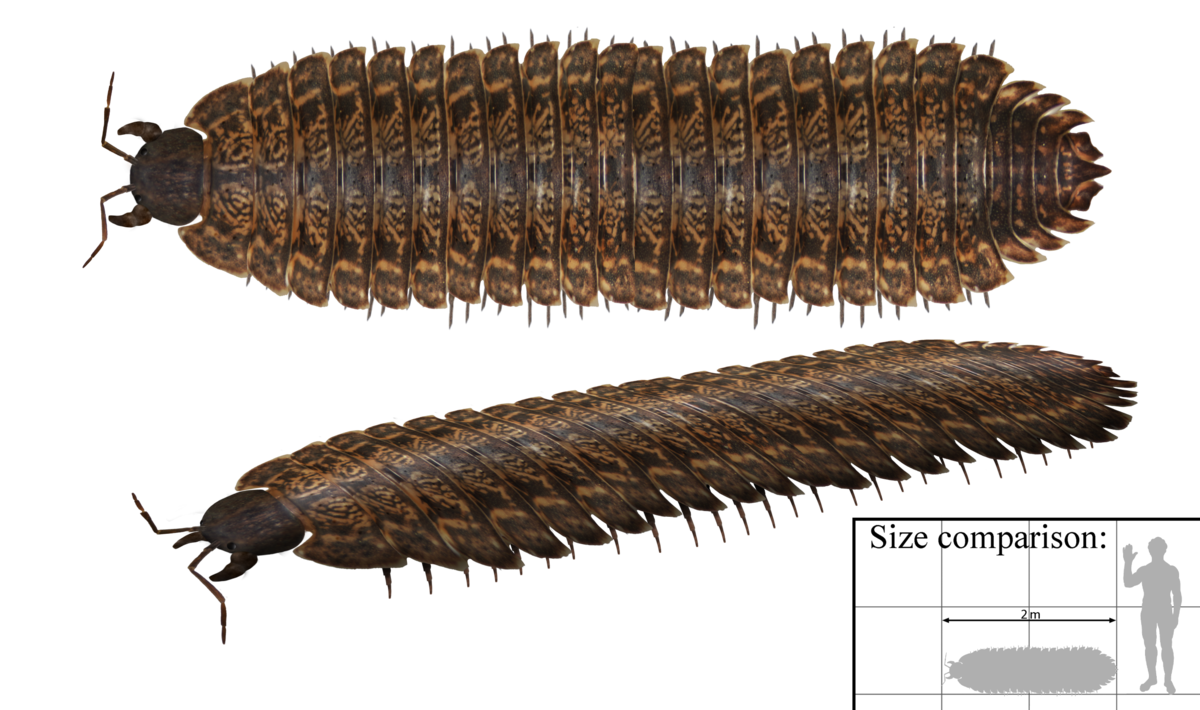